Customized Solutions For All Thing Scars

Do you want to reduce the appearance of a scar? Give us a call!

When you hear the word scar what comes to mind.   Some people automatically think of the villain in lion king movie (lol) but most people think of a mark left on the skin after a wound or injury has healed.

No matter which image comes to mind – It’s defiantly a negative image.

Hey, I’m Dr. Bryan Scott and this month’s healthy living lecture series is about compounded products for your skin. In this particular lecture series we will be discussing customized treatment options for scars.

Remember a scar is the body’s natural way of healing and replacing lost skin after an injury, surgery, infection or inflammation.  Scars are complex and may appear flat, lumpy, sunken, and have color.  They can also be painful and itchy.

My approach to scars is based on these factors.  Is it an old Scar, a new Scar, or are we trying to prevent a scar.  Each of these presents a different situation and will require a different approach.

No matter the scar at Scott’s Pharmacy we begin with a proprietary base that is designed to help with scarring.  This base blends silicones & oils that are rich in fatty acids & lipids.  Depending on your scar it can be used alone or we can combine it with other ingredients to further reduce the appearance of scars.

So let’s talk about old scars.  At Scott’s Pharmacy we have helped patients whose old scars have been a result stretch marks, scars from severe acne in the past, burn scars, as well as scars from past injuries.

While scarring may seem insignificant to some, it can create severe mental anguish to others.  We worked with a woman who tried to commit suicide by cutting years ago. The incidence left a scar and even though she is in a much better mental space now the scar is a reminder.  We worked with her and her physician to create a custom formula and after 2 months she was extremely satisfied with the reduced appearance and after 4 months she stated she was no longer conscious of the scar.  I consider that truly amazing.

There are many people who want to prevent scars.  Here is another success story.  We work with an OB/GYN and he recommends all of his patients who are scheduled or receive c-sections to start one of our scar creams.  One of our mutual patients had a c-section 3 years ago and has hence had to get a new OB/GYN for her upcoming baby and during an evaluation the physician stated “I thought you had a c-section” She replied I did, 3 years ago.  The nurse and the physician said “where’s the scar”?

No matter if it’s an old scar, new scar or you are trying to prevent a scar.  We can help. Take the next lesson on our skin blending creams to reduce the appearances of blemishes and help you glow up

TAKE OUR FREE ONLINE LECTURE SERIES ON ALL THINGS SKIN
PrevPreviousLittle Blue Pill Not Working? You Still Have Options 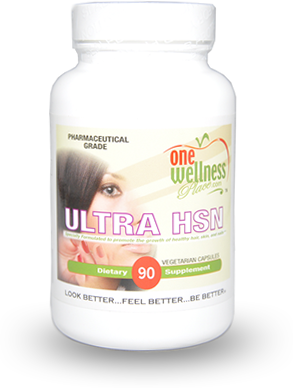 CHECK OUT THE PRODUCT